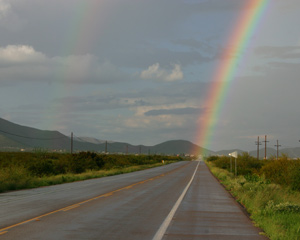 “What are we all talking about?”
“Anything below 86 degrees is cold!”
“Valentine’s Day?”
“We lost more people than we gained.”
“Everyone is waiting for coffee.”
Coffee is poured.
Brownie-eating moment.

“Lovin’ you, family!!!”
There is a drum circle in South Bend on Tuesdays.

AGENDA (and a few responses):

**Are we going to have a regional? When? Where? 1 or 2? Summer Regional over July 4 week/end (exact dates TBD), in Pigeon River Country for those unable to go to Washington. Since there are two trailers and enough gear to supply two full kitchens, one will go to Washington, the other to Pigeon River. Also, Fall Regional in Indiana, weekend of October 1, site TBA. There will be more council regarding this over the 4th (in Washington and/or Michigan, wherever folks are).

**Does anyone have a tip on a medium-size bus for sale? Some suggestions were given.

**Scouting – any ideas? Scout new site or use previous or scouted site? Pigeon River Country State Forest was consensed on, but a specific site still needs to be identified.

**How to divvy up equipment between the two trailers? There is now far more equipment than will fit in even the big trailer. When do we have a trailer-packing session? Trailer packing session will be Saturday May 14 at Dave Darling’s place outside Perry, Michigan.

Let’s get greatlakesrainbow.info up and running (Gonzo can no longer update the calendar – last time he tried, instead of updating the calendar, when he uploaded to the server, the calendar went blank). Su at one time was going to migrate the site from Lookingheart’s server in Missouri to her server in Michigan…don’t know how that’s coming along.

(UPDATE June 21, 2011:   greatlakesrainbow.info is now up, but we no longer have email, though we are working on it.)